In youth soccer the players need to be able to demonstrate certain skills in order to secure themselves not only a spot on the team but also a particular position. Those positions require specific skills and these skills can be evaluated in a competitive way. The youth soccer players are usually taught these skills during tryouts.

The youth soccer tryouts are often use to develop or to evaluate a number of skills that players can perform as individuals as well as team players. Coaches look at the performance of a player in both scenarios to see how they operate under pressure. These tests are a little different than other tests because they are designed to teach players techniques in a lower-pressure environment than the one produced by a real match. Players should exhibit moves that can impress a coach being that this person sees multiple players a day.
​
In the youth soccer tryouts drills players are taught how to operate under pressure, to be calm and skills that will help built muscle repetition that will allow a player focus on other aspects of the game and to be able to make smart and quick decision making as they are being evaluated. 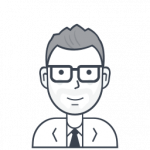