With 20 Member Clubs, the Premier League is England’s primary football association as well as the most-watched sports league in the world. Broadcasting in 190 countries, in 900 million homes, and with a potential audience of nearly 5 billion, you’d be hard-pressed to find a sports lover that hasn’t dipped their toes into the fandom.

We’re well into the 2017/2018 season, with games running from August-May. Thankfully, William Hill can provide all of the latest updates and stats that followers of the league are craving – including various other sports within the same click of a button.

Get the latest Premier League news here. From daily podcasts to score checks, everything that you need to keep up with your favorite clubs and players are waiting for you after the jump!

If you’re wondering what exactly the Premier League is, we’ve got you covered. You already know that it’s England’s primary football association and the most-watched league in the world, but what else?

Originating in the early 90’s, the league held its first season with 22 clubs with the very first goal scored by Brian Dean of Sheffield United in a 2-1 win against Manchester United. Since then, the association has become a staple of the sports world with some of the most crazed, noisiest and loyal of fans.

In a tier of England’s football leagues, it’s sitting at the very top with 20 teams battling it out every season to become the champions. And since it’s birth, the league has seen 6 different winners: Manchester United, Arsenal, Chelsea, Manchester City, Blackburn Rovers, and Leicester City.

Premier League is home to some of the most famous teams, players, and stadiums. And each of those clubs is known for its distinct soccer style as well, making each match exciting and entertaining with an outcome that is often unpredictable.

The league has seen 49 different teams duke it out since its inaugural season in 1992.

The current season – 2017/2018 – includes some of the most famous and distinguished such as Manchester United, Chelsea, and Arsenal – with Manchester United being the most winning of the clubs with 13 championships under their belt.

A full list of clubs can be viewed here.

Premier League has also seen some of the best athletes. One of the main attractions of the league is how many top-tier players it holds including Tony Adams, Paul Scholes, Sergio Aguero, Thierry Henry, Wayne Rooney, Rio Ferdinand, Ryan Giggs, Ashley Cole, Romelu Lukaku, and Cristiano Ronaldo.

As mentioned previously, Premier League is made up of 20 teams with each club playing each of their opponents twice throughout the season. Lasting from August through May, there are 38 matches that make up the year’s competition.

For each match, the winning team is given three points – and one point for each team during a draw. At the end of the season, the team with the most points is crowned the Premier League Champions. 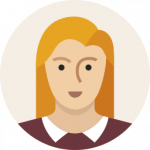