If your teen has a love of football, he may be interested in continuing his career by first heading to play college ball and then trying out for the NFL. Since football is a high contact sports, players are more susceptible to injuries, like football concussions. These can have serious long term affects. It is important to consider all of the research in order to make an informed decision as to whether your child should continue with the sport.

The human brain is designed to withstand minor shocks, thanks to the cerebral spinal fluid that surrounds it. When a person gets hit, experiences whiplash or is jolted in some way, the brain may strike the inside of the skull, as the cerebral spinal fluid isn’t strong enough to stop it. It will then swing back in the other direction and hit the opposite side of the skull. When this happens, a concussion has just occurred. The concussion may be minor and heal up quickly, or more severe taking weeks or months to fully recuperate.

Football Concussions at an Early Age

According to the Sports Concussion Institute, teenagers not only succumb to more concussions than players in college and on professional sports teams, but they also suffer from more severe symptoms that take longer to heal from. The organization goes on to report that the human brain continues to develop until the age of 25. That means it is important to protect this most important organ during its most formative years. There are several ways to go about this. A parent can restrict how often the game is played, or put their child on a team that is a little less competitive. There are also helmets that are proven to reduce the risk of concussions, although there is no piece of equipment that will totally eliminate the risk. 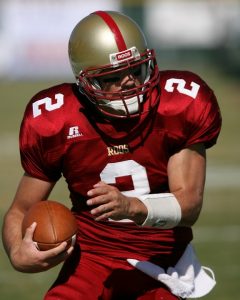 Risk Factors Once a Teen Has Already Had One Concussion

It is not uncommon for teens who play football to end up with a concussion at some point. So what does this mean in terms of future concussions? Well The Brain Injury Association of Virginia states that high school athletes who have already had one concussion are three times more likely to end up with a second one later on down the road. This is yet another reason why it’s important to take a step back and evaluate your teen’s health and speak with a doctor about playing the game. Teens also need to be made aware of the symptoms and outcomes if they do not speak up when they begin to feel the effects of a concussion after being hit. It is better to sit on the sidelines until fully healed then to tough it out and jump right back onto the field.

CTE is short for Chronic Traumatic Encephalopathy, which is defined as a progressive degenerative disease of the brain found in athletes who have suffered from concussions. It was first commonly seen on brain scans of boxers, but is now being confirmed in a long list of retired professional football players. This is not the type of disease that can be seen in its early stages. It can take years for first symptoms to appear, which is why teens should do all they can to protect themselves while they are young. When a person suffers from CTE, the build-up of tau, a type of abnormal protein, can be seen on scans. 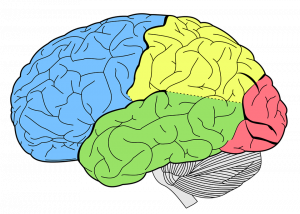 Forbes produced an article entitled, “The Long-Term Effects of Concussions on NFL Players” written by Carlos Dias, Jr. Within this piece are a few startling statistics. A study of 91 brains from former players in the National Football League was done by the U.S. Department of Veterans Affairs and Boston University. Out of those 91 brain scans, 87 were shown to have CTE. That’s an astounding 96 percent. That means teenagers who continue to pursue the sport are almost guaranteed to have multiple concussions that lead to the disease later in life. This is perhaps the biggest eye opener yet.

What are the Symptoms of CTE?

The symptoms a player exhibits are part of the long-term effects associated with CTE, which happened as a result of multiple concussions over the years. According to the Mayo Clinic, these symptoms include depression, short term memory loss, suicidal thoughts or behavior, emotional instability, trouble swallowing, problems focusing vision, motor impairment and even dementia. A person’s mood may also be affected so you may notice irritability and emotional instability and aggression. It is important to always be on the look-out for these symptoms and see a doctor immediately if any of them are present. ESPN reported that famous NFL player Junior Seau was found to have CTE as a result of being struck repeatedly over the course of his 20-year career. It is believed that this is what led to his suicide. A few questions parents and their teens need ask are…Is there anything we can do to reduce the risk of a concussion? How can we be more proactive in spotting a concussion? Is the long term damage worth playing the game?

Alicia Bodine has been a professional writer for 10 years. She has produced thousands of articles for online publications like Education.com, Time4Learning, Demand Studios, and WiseGeek. When Bodine isn’t writing, she’s busy homeschooling her oldest and caring for her youngest, who suffers from a rare neuro-genetic disorder.