I was at a team mom meeting for our baseball league last year. All the basics were covered, like team pictures, uniforms, schedule, etc. Great, I was ready to wind up the meeting when a doctor from our local hospital began to hand out some materials about concussions and started a short program on concussion awareness.

Over the years I have heard bits and pieces about kids who have had concussions and how you can detect if someone has a concussion, but I had never been formerly educated about concussions. You always think you know enough about the matter at hand, but the reality is, this concussion education opened my eyes! And little did I know I was soon going to need all my new information, I’ll share about that a bit later. 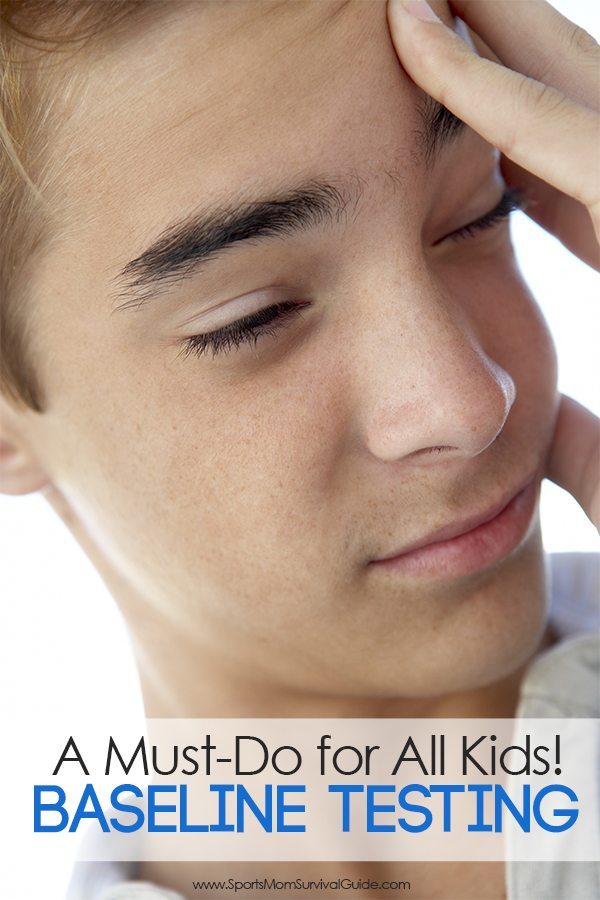 Changed technology over the years has increased awareness of concussion symptoms. From what we know now, in the past many athletes have most likely had undiagnosed concussions and continued to play their sports, causing damage to the brain that had gone unrecognized until years later.

You might think you would know for sure if your child has a concussion, but this is not the case!

What is a Concussion?

According to the Center for s for Disease Control, “A concussion is a type of traumatic brain injury, or TBI, caused by a bump, blow, or jolt to the head that can change the way your brain normally works. Concussions can also occur from a blow to the body that causes the head to move rapidly back and forth. Even a “ding,” “getting your bell rung,” or what seems to be mild bump or blow to the head can be serious.

Concussions can occur in any sport or recreation activity. So, all coaches, parents, and athletes need to learn concussion signs and symptoms and what to do if a concussion occurs.“

What can I do for my kids?

An absolute must-do for your athlete is to have them take a concussion baseline test. What is a baseline test?

Baseline testing is a pre-season exam conducted by a trained health care professional. Baseline tests are used to assess an athlete’s balance and brain function (including learning and memory skills, ability to pay attention or concentrate, and how quickly he or she thinks and solve problems), as well as for the presence of any concussion symptoms. Results from baseline tests (or pre-injury tests) can be used and compared to a similar exam conducted by a health care professional during the season if an athlete has a suspected concussion.

Baseline testing should take place during the pre-season—ideally prior to the first practice. It is important to note that some baseline and concussion assessment tools are only suggested for use among athletes ages 10 years and older.

You will want to check with your school or team to see if they do testing. If not, look up a doctor in your area.

Is a baseline test really necessary?

Speaking from personal experience, I definitely say YES! I scheduled my boys for their baseline test shortly after the informational meeting I sat though Then, just 4 short months after I sat in the baseball team mom meeting listening to a 45 minutes concussion information presentation, my son got a concussion.  Because I was made aware of the symptoms, my gut told me right away he had a concussion.  I was never more glad I had the baseline test done!

Did it happen on the sports field?  No.  It happened in our basement. Picture lots of boys playing Nerf football in the basement and a “tackle.” Even though I knew in my gut it was a concussion, it still took me 30 minutes to assure myself we should go to the ER…I called my husband and my nurse neighbor who both said to take him.

Sure enough, he was concussion diagnosed. He stayed off electronics for a few days, stayed home from school and it took a good week for him to feel 100% better and to be cleared by a doctor to participate in gym class and sports.

It’s awful to think our kids can so easily damage their brains playing sports or even playing at home!  It’s important to take every step possible to be aware of any signs of a concussion. Take 45 minutes to get concussion trained and be sure to share this information with other moms who have kids!