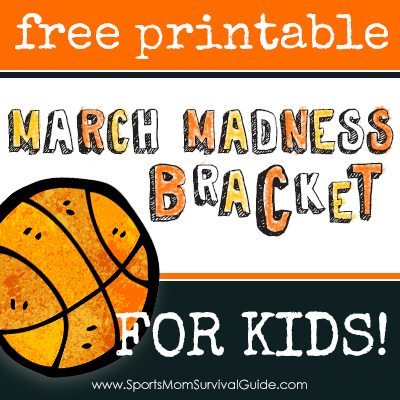 March Madness has ARRIVED!! Who doesn’t have kids who want to print out their own bracket and see how far their teams go in this crazy basketball tournament?!  My boys LOVE to make their own picks and of course try to do better than their dad! Some years I print out a bracket too, just to show my boys that I know what’s going on AND that my picks can be better than theirs!  Someone has to keep these  boys in line!

Every year the boys “Google” a bracket form…and in my opinion, they are so boring and UGLY {just ask my husband, he thinks everything I do has to be “cute”!  UM, YES! it does!}! This year, I have a super cute kid-friendly solution for the plain ‘ol ugly March Madness Tournament Bracket!

Here is a great March Madness Printable Bracket for Kids:

There are 2 options for you…

*the first March Madness Printable Bracket for Kids is completely blank. I know that some kids like to watch the NCAA Tournament Picks as they are announced and get a thrill out of completely filling in their own tournamnet bracket. 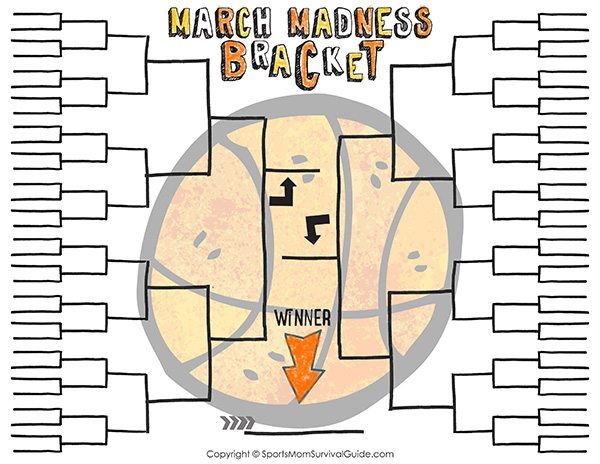 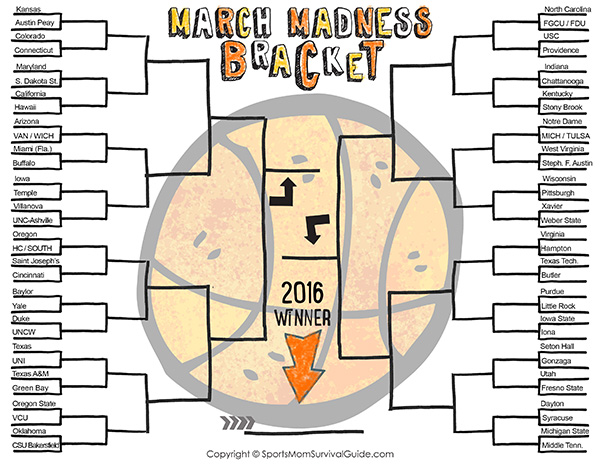 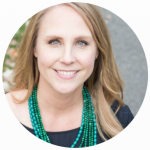