The body of the baseball bat has changed slightly over the years since its inception in the mid-19th century. Once whittled by hand only, they’ve transformed throughout the decades into a more defined shape, fitting into the necessary guidelines and regulations dependant on one’s league.

There was once a time that there were as many variations of the bat as there were baseballs themselves. But, what does the anatomy of our baseball bats look like today? Is there anything different? What should we look for when buying? Let’s get down in the dirt and have a quick lesson.

Once upon a time, baseball bats only came in wood.

Maple, willow, chestnut, and pine were some of the most popular of choices. And eventually, by the end of the 19th century, certain limitations were put on its length (i.e. it couldn’t go past 42 inches in length or 2.5 inches in diameter).

Bats were also made to the preferences of the major leaguers – some wanted a mushroom style bat while others may have wanted something heavier or even an ash bat that was once popular throughout the ballplayers (pro players still have bats made to their preference but they have to fall under the regulations of the league). There was even a style of bat called the “Lajoie” that seemed to have two handles.

Although the anatomy of the piece has changed over the years, it hasn’t been dramatic enough to not recognize its main purpose. But the other odd designs, such as the mushroom or Lajoie, have since been snuffed out. In fact, have you ever seen the banana bat? It’s on the more peculiar side and was even patented in 1890.

Eventually, leagues began to put restriction and regulations on the bats that were used. You couldn’t walk up with just anything in hand and be allowed to take your spot at home plate.

Instead, guidelines had to be followed – just like today.

Basic Anatomy of the Baseball Bat

The basic anatomy of the baseball bat has stayed the same over the years. The body of the piece includes: 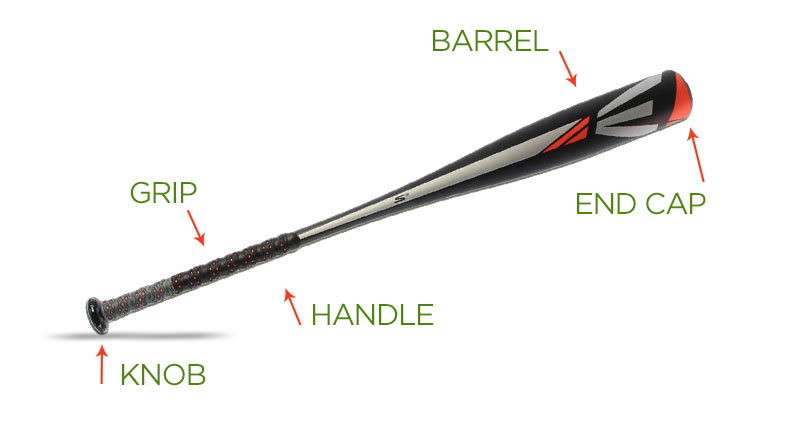 There are certain standards that leagues have to follow when it comes to the bats used in gameplay. Now, they may vary depending on the actual league but overall, you’ll see the same type of regulations rounding out each; from little to college to minor to major.

Although, there are some youth leagues that allow their players to use “wood-like” bats as to maintain the integrity of the game without having the little ones lug around heavy, wooden pieces.

For example, a standard for NCAA baseball includes: the bat may be made of wood or a composite material that meets NCAA standards. Since the 2011 season, composite bats have been required to pass the “Bat-Ball Coefficient of Restitution” (BBCOR) test.

5 Baseball Bats To Buy For Your Youth Athlete

One of Amazon’s #1 bestsellers is the Franklin Sports Venom aluminum bat. It’s Little League regulation approved, has durable construction for an increased “pop,” and a perforated grip for increased handle control.

Perfect for T-ball, the Rawlings Raptor has a beneficial combination of power and control. It’s constructed from durable alloy and has a perimeter-weighted endcap that’s made to improve energy transfer while reducing swing weight. 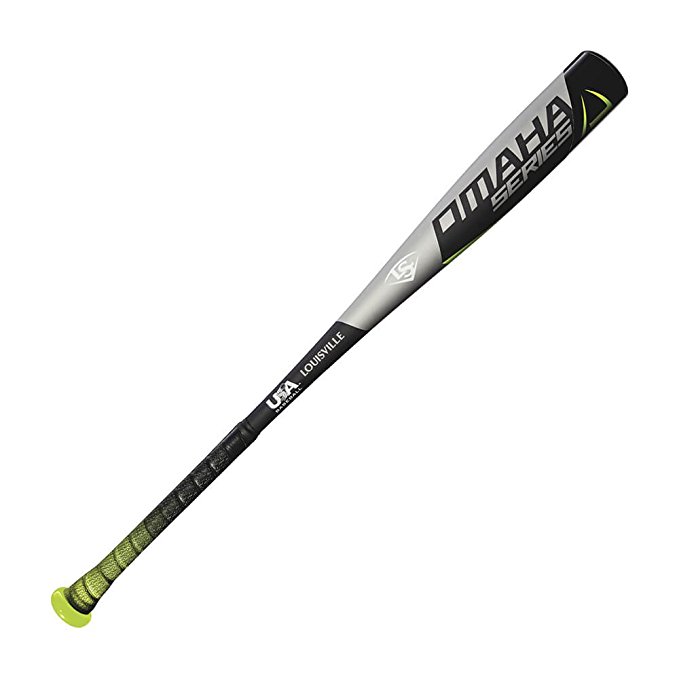 The Omaha Barrel Bat from Louisville Slugger is approved for use in a variety of youth sport leagues. It too has an endcap to help with energy transfer and improved balance. And, according to reviews, this one has a pretty sweet “sweet” spot.

And finally, we end with a youth maple wood bat from Louisville Slugger. It’s an unfinished design with a split black and natural wood color. Give the gift of a classic, genuine piece for your up-and-coming major leaguer with this beaut.