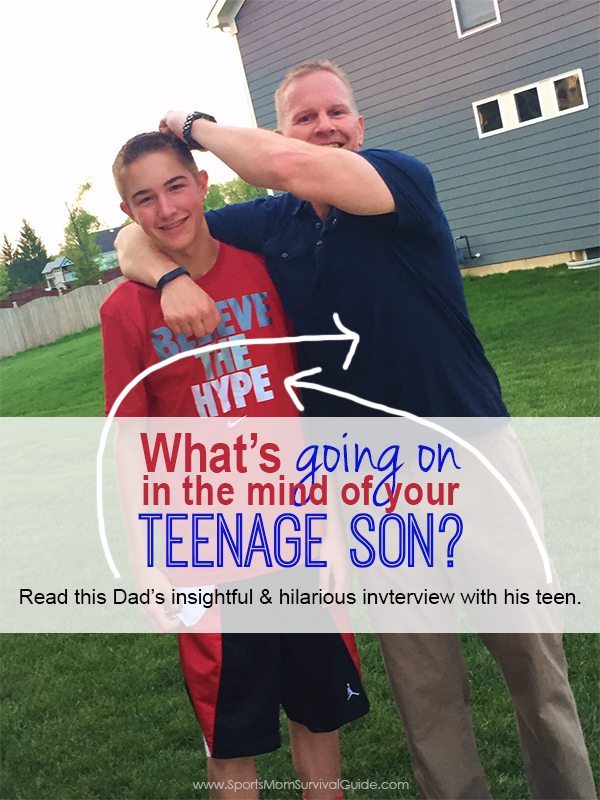 It’s a Sunday evening in 1984, I am sitting in a chair in our kitchen, my mother has temporarily lost her mind as she proceeds to apply rollers to my bone-straight hair from a LILT Hair Perm set that she bought at the grocery store earlier that day.   This was not entirely unusual except that I am a 13-year-old Jr. High DUDE suffering from, at the very least, a temporary loss of good judgment by allowing her to talk me into having this new “contemporary” hair style.  It was not a “business-in-front, party-in-the-back” mullet style, this was an all-out follicle party (unfortunately no “business” could be found). The #1 song that year… Prince – When Doves Cry…let’s just say the doves had some company that night. Incredibly, no lingering effects or scars remain from that experience (at least to my knowledge).

As parents, we often guide/direct our kids along life’s path based upon our own life experiences.  However, one phase of life that is of little help to draw upon…….the Jr. High years!  For me, it was this black hole of hormonal change – short-cut athletic shorts – Alex P. Keaton – Atari – Wang Chung- hair style experimentation- weirdness.

Given that times have changed “a bit” since then, I thought it could be fun to check the current “head-space” of a current Jr. Higher (our son) and dig into his world a little.  No highly-designed cross-section of population, demographics or statistical samples……just a few questions listed below (some goofy, some serious) to ONE Jr. High kid in suburban Northeast Indianapolis.  Give these a try with your son or daughter over dinner or during a car-ride…I had a blast (so did he…kind of) and admittedly I learned a few things!

Question #1 – What are some examples of surprising things that kids are doing at your age?

Response – The negative – kids having sex at my age and even younger.  The positive – kids starting charities and raising millions of dollars.  The crazy – the fact that they are ranking the best national players in basketball for my class….2019!

Question #2 – What is a current saying or phrase in your school?

Response – “low-key” “roast” “dusty” (that which is old, out of date), “fleek” (looks nice, or good, for example your hairline is “on fleek”). Evidently hairlines, yes hairlines are a big deal in his school, apparently a curvy hair-line is uncool…..um next question!

Question #3 – What is something that you wish parents would understand better?

Response – Just the situations that we are in.  It seems that most parents are pushy about grades and homework.  One example is meeting deadlines, I know that I will get my assignments done on time, but parents want you to get it done earlier.  I haven’t had late homework since 2nd grade.

Also, my parents ask too many questions, I would prefer that they keep it basic, less than 3 questions per topic, unless I enjoy the topic.  Also, I think there are times that I wish my parents would trust me more, but am glad for some of the limitations, because if you have total freedom your life could be a mess. After his answer, I gave him the unfortunate news that the questions would continue……they must!!

Question #4 – Things you and other kids watch on YouTube the most?

Response – Dude Perfect basketball trick shots, baseball highlights of my favorite players, top plays of all time for baseball.  Sports-oriented kids usually like to watch highlights of their favorite teams.

Response – Michael Jordan, because Lebron has been inconsistent, Jordan has 6 titles, and because he was in Space Jam and made the game winning dunk from half-court.

Response – I would rather text than talk on the phone, but would rather talk in person than text.  When I go on my first date, I will ask her out in person, not by text.  I will break up in person, not by text, because that is the manly thing to do.  I want to show respect to the other person, plus texting a break-up is weak! Unless she has a curvy hairline, then you might opt for the text message…

Question #7 – What was one thing a parent said or did that hurt your feelings?

Response – Sometimes when I make mistakes, they come down too hard, and the punishments vary from time to time, and can be inconsistent.  I once had to do 5 loads of laundry because I did not fold one load correctly.  Also, I once got caught lying and had to run and do a ton of push-ups.  Sometimes the punishment depends on the parents’ mood, or the type of day they had. Ouch, I cannot argue with this one!

Question #8 – What is the most fun thing about sports?

Response – Getting out there with friends and competing, using baseball as an example there are thousands of possibilities that can happen when batting (can hit the ball anywhere, not hit the ball, get hit by the ball, etc.)

Question #9 – What is the least fun thing about sports?

Response – Losing, post-game circumstances from coaches (e.g., running), and hearing about what you did wrong (from coaches and parents).  Ok, busted again!

Question #10 – Do you see kids get bullied at your school?

Response – Yes, but I usually hear about rather than see it, there have been 10 fights so far this year, girls fighting boys mostly.  It is also not unusual for smaller kids to call out a bigger kid because they know they can get away with it since the school will come down really hard if the bigger kid touches them.

Question #11 – What accomplishment are you the most proud of?

Response – Hitting a homerun, accepting Jesus as my Savior and being baptized, going on a mission’s trip to Columbia, being an A student even with some advanced classes.

Question #12 – What are you looking forward to the most when you are an adult?

Response – Freedom to do anything, having something all to myself, having things that I can call my own.

Question #13 – What are you least looking forward to when you are an adult?

Response – Paying taxes, or any bills, working long hours, and not having much social time depending on the career I go in to.

Question #14 – What do you like most about your favorite teacher?

Response – Low-key, easy to understand, gets kids to participate, not boring lectures, is funny, has a background besides teaching, and shares their experiences when teaching.

Question #16 – Something that would be embarrassing to you if it were mentioned in a blog post?

Response – In the middle of this interview, my mom asked for my dirty shirt so I am doing half of this interview shirtless, and my dad is interviewing me with 20 year-old shorts on. C’mon maybe from 2007, plus they are even touching the knee, they are not that bad. 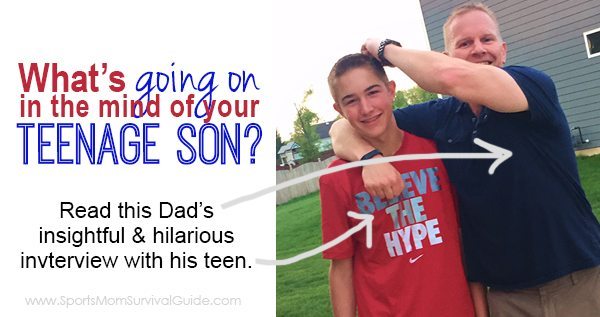