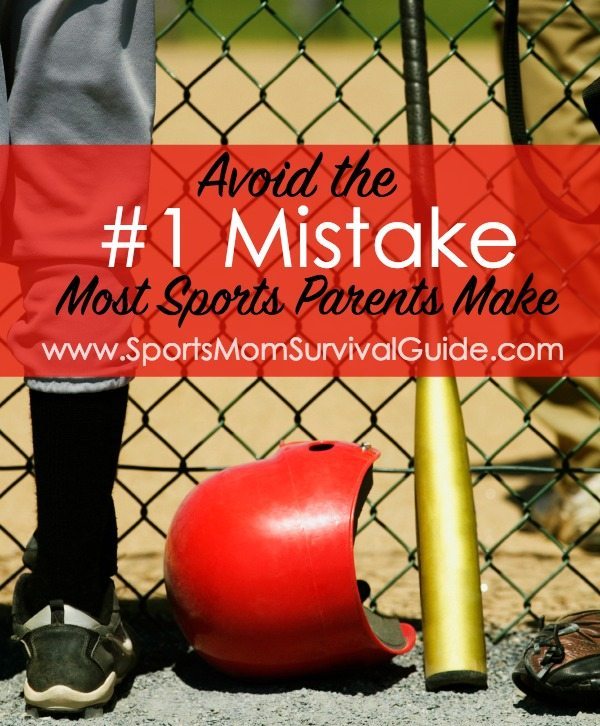 Every day, all across the world a familiar scene continues to play out in youth sports that causes havoc in kids’ minds.

Ryan is a 12 year old baseball and basketball player. He is an above-average player whom the coach has called out as a team leader and all-around good guy. He makes friends easily at school and on the team with his jokes and friendly nature.

During a particular regular-season game, Ryan is in the middle of a play in baseball called a “pickle.” This is a very difficult skill to execute well for young baseball players and even though he and his team have practiced it numerous times, Ryan makes a mistake and costs his team a score.

After it’s over, you can see from the stands that Ryan is quite embarrassed. He slaps the side of his head a few times, kicks the dirt, and his posture drops for the rest of the game. When he comes off the field, his coach tells him “It’s ok, Ryan, we’ll get ‘em next time” but it doesn’t make him feel any better. He knows the real moment of doom is yet to come.

The game ends and he drags himself to where his parents are seated in the stands. They all make their way to the car for the ride home when Dad begins to tell him what he did wrong in the pickle play. Now, his Dad is not one of those crazy sports parents who yells at their kid, the coaches and umpires. No, his Dad just wants to help his son out and wrongly thinks that the car ride home, fresh off the game, is the right place to do it.

Dad goes on and on and on about how Ryan should have done this and that and how he used to get over mistakes when he was a kid playing little league. He even threw in a couple comments about how this will “toughen him up” so that he doesn’t make the same mistake next time.

Ryan slumps down in his backseat of the car and his baseball cap gets lower and lower over his face as all he can think in his mind is:

“I disappointed my team and my Dad.”

The whole thing gets emblazoned on Ryan’s little heart and becomes an emotional scar.

Now, most parents who give unsolicited advice like this think they are doing their child a service by teaching them how to work through their difficulty by “correcting” them in the moment.

I’m here to tell you parents that the car ride home from a sports event is the WORST time to give your kids advice about ANYTHING. When your kid has had a bad game is also another terrible time for advice.

One of my biggest commandments for a great sports parent is to always ASK if your young athlete would like your advice. I know it’s really tough for some parents who have knowledge and experience in the sport to hold back but I promise you, without this permission, you are more likely hurting your child’s performance than helping it…besides the confidence destruction that goes along with a story like Ryan’s. How do I know this? Because the performance anxiety that comes from having to meet a parent’s expectation is the #1 issue that walks in my office for help in youth sports…and it’s so easy to prevent. JUST ASK, don’t tell.

“Ryan, it was great watching you out there today. You are awesome. Would you like to talk about the game…or not?”

Ok parents, Let’s do this.

Craig Sigl’s work with youth athletes has been featured on NBC TV and ESPN. Get his free ebook: “The 10 Commandments For a Great Sports Parent” and also a free training and .mp3 guided visualization to help young athletes perform under pressure by visiting:  http://MentalToughnessTrainer.com

Craig Sigl’s work with youth athletes has been featured on NBC TV and ESPN. Get his free ebook: “The 10 Commandments For a Great Sports Parent” and also a free training and .mp3 guided visualization to help athletes perform under pressure by visiting: MentalToughnessTrainer.com